The Least You Need to Know About At-Will Employment 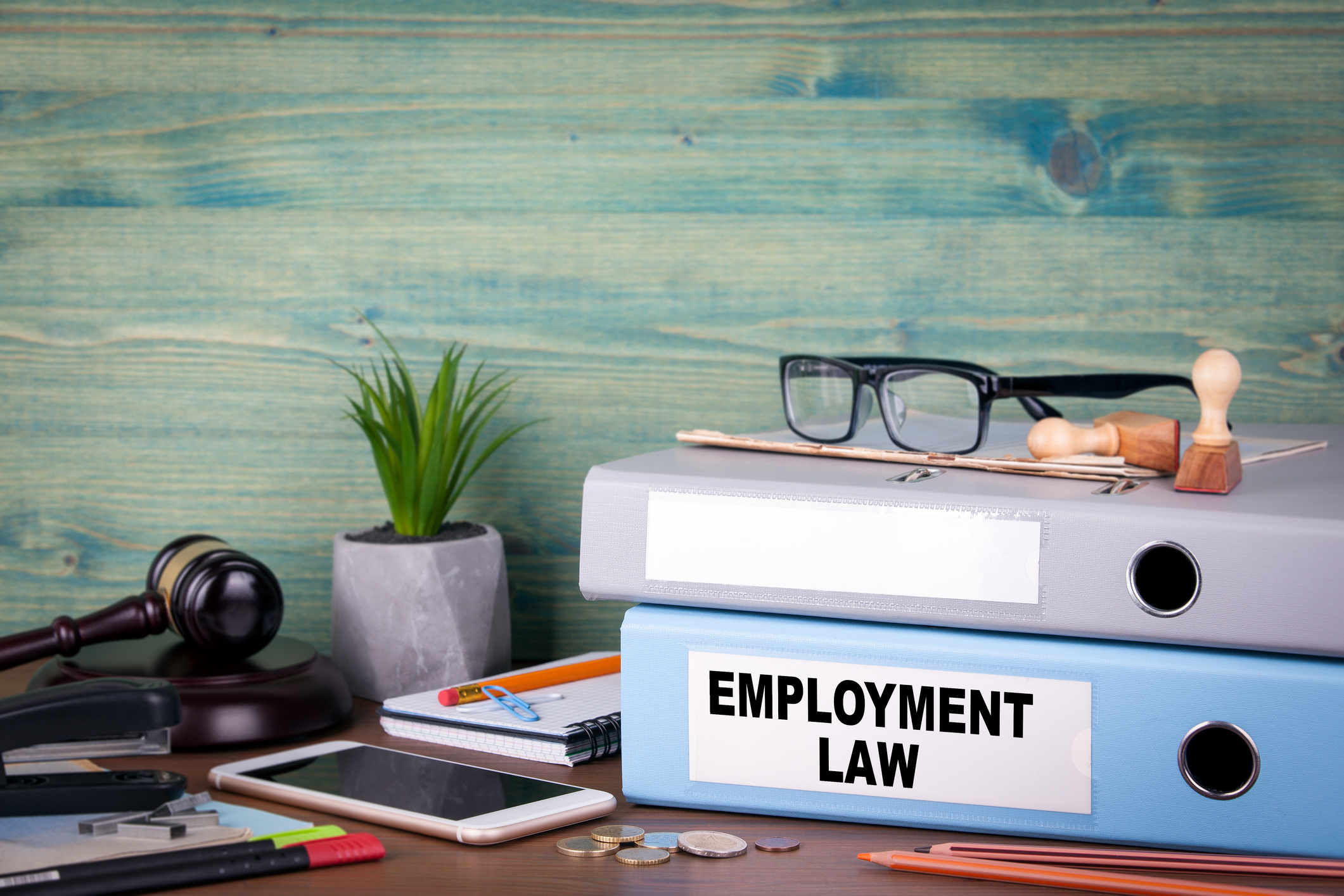 At-will employment can be both freeing but can also provide a false sense of security for employers. On the one hand, it’s liberating to be able to terminate employees for any lawful reason at any time. On the other, unlawful termination—or activities that can be construed as such—can put you at risk for litigation and are not protected by the tenants of at-will employment. The latter scenario is why the myth of at-will employment being a protective shield that allows employers to fire for any reason or no reason at all needs to be better understood by all managers and owners.

At-will employment is the default employment status in 49 of 50 states. (Montana is the outlier.) The other 49 states stipulate that both employers and employees can terminate their working relationships at any time, with or without notice, for any lawful reason. (Note that while many employers confuse at-will employment regulations with right-to-work directives, the two are unrelated.)

Based on its definition, at-will employment sounds pretty black and white. Unfortunately, though, it has a lot of gray areas that can trip up employers. So, let’s take a closer look at the issue.

A free pass for employees

For the most part, at-will employment gives employees who are not under contract a free pass. They can quit for any reason—or no reason—without notice.

As such, an employee can storm out of a meeting and never come back. A staff member is free to resign because he’s bored, or she’s just not that into her work, or just does not like being held accountable. At-will status, however, typically doesn’t afford this same level of liberty to employers.

In 2020, many companies terminated employees due to the financial impacts of COVID-19. Other firms eliminated employee benefits, reduced wages, instituted furloughs, and more. If a financial strain was the sole reason behind these actions, they’re likely acceptable at-will behaviors in the eyes of the law.

Employers risk violating civil rights and equal employment opportunity laws if their actions show negative bias toward anyone in a protected class, which is any group specifically protected by law from employment discrimination. These classes are determined by state, federal, and sometimes local laws and are dependent on the number of employees in your company. Protected classes often include:

It’s important to understand that any employee could fall into any of those categories of protected classes. Note, for example, that nowhere on this list does it specify that “women” are a protected class. Instead, laws protect against discrimination on the basis of gender, gender identity, and sex. It is unlawful to discriminate against anyone due to their membership in any of those classes. Consider a scenario where you have 17 employees, and all but three are female. You may have one or more male employees who believe they are being treated differently, or even terminated, in part because of their membership in a protected class. It’s critical that you always consider whether you are treating each individual the same and that no one has reason to think they are being treated differently in some way due to a protected class reason.

Employees have the right to engage in certain “protected activities,” making it unlawful for an employer to retaliate against the employee for that activity. Some of these activities are specifically protected under laws and others as a matter of public policy.

Unfortunately, if you terminate an employee based on behavior and performance rather than those, as mentioned earlier, unlawful reasons, you could still end up in litigation due to the broad scope of protective employee-friendly regulations. Since these laws are complex and open to interpretation, they tend to make employment law attorneys salivate.

Two potholes, in particular, can help these lawyers make their case for wrongful termination. However, you can easily sidestep them with a few simple tactics.

It’s relatively easy for disgruntled former employees to claim they were terminated for unlawful reasons if you fail to document behavior and/or performance issues. In a your-word-against-theirs battle, you have only a 50-percent chance for a favorable ruling.

The easiest way to substantiate a lawful termination is to thoroughly document the behavior and performance that led up to the firing. One of the best techniques to do just that—and help employees improve their behavior in the process—is Progressive Corrective Coaching (PCC). PCC is a communication and documentation plan that guides written and verbal corrective interactions between management and employees.

Along with amending employees’ behavior and/or performance, the goal of PCC is to methodically document and escalate corrective actions through to termination. In addition, the ongoing documentation establishes a lawful reason for termination and diminishes the risks of legal action.

If you purposely or unintentionally promise employees future employment, you’re essentially negating any freedoms afforded by at-will employment. Why and how would you make these assurances? It’s easier than you think. Here are a few common examples that can be detrimental whether communicated verbally or in writing.

An easy way to sidestep this pothole is to include an at-will disclaimer in your professionally drafted employee handbook. Also incorporate a disclaimer in other documents such as leave of absence letters, offer letters, and corrective-action notices.

In addition, go through all written communications looking for any language that could be interpreted as a promise of future employment. Finally, discuss at-will employment with the entire management team to ensure members aren’t using any troublesome language in verbal discussions with employees.

At-will employment allows both employers and employees to call it quits for a multitude of reasons. However, to guard against litigation, employers must not only understand the limitations but also take further steps to protect themselves against wrongful termination suits.

The good news, though, is that CEDR HR Solutions has a host of solutions that can cast a safety net around your termination activities. Along with professional expert guidance, we offer documentation assistance and helpful forms available to members through our CEDR Solution Center. If you’re new to CEDR HR Solutions or you’re a member who’d like to speak with an advisor, contact us at 866-414-6056 or info@cedrsolutions.com. 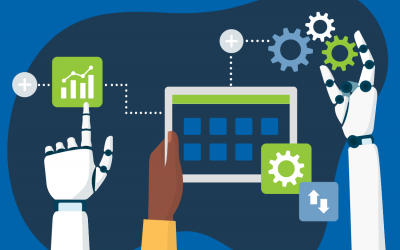 For this episode of What the Hell Just Happened?! Paul Edwards discusses how artificial intelligence (AI) is working its way into the world of business ownership and management with CEDR Senior Solution Center Advisor Halisi Tambuzi. Can AI be unintentionally biased? If so, how would that affect your practice? How can you prepare for a world of AI integration? Listen as Paul and Halisi analyze the risk that AI can create if used without caution, as well as how you still may be able to find ways to leverage the value of this emerging technology to streamline HR processes at your practice.

END_OF_DOCUMENT_TOKEN_TO_BE_REPLACED 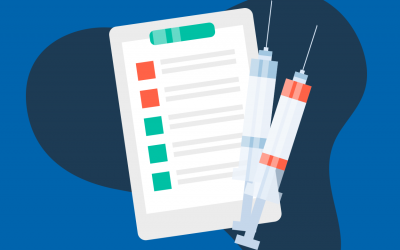 Episode 104: Can I Mandate Vaccines for New Employees?

For this episode of What the Hell Just Happened?! Paul Edwards discusses the ever-evolving world of COVID vaccine mandates with CEDR Compliance Officer Nora Gustafson, including if you, as an employer, can require your new hires to get vaccinated before starting employment with you. Are you legally allowed to make vaccination a requirement? Can you list it as a requirement in your job ad? Or, do you have to leave it all alone and hope your new hires are doing what you’d ideally like them to do? Listen as Paul and Nora analyze the risks associated with vaccine mandates and explain how to handle them in a safe and legally compliant way.

END_OF_DOCUMENT_TOKEN_TO_BE_REPLACED 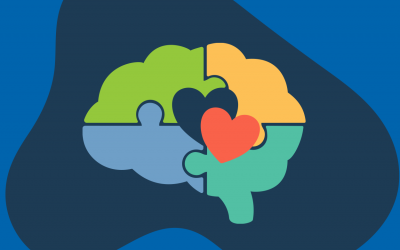 For the third episode of What the Hell Just Happened? Paul Edwards has a conversation with CEDR Social Media Coordinator and Compliance Expert Ally Dagnino to discuss a common issue – mental health and other medical accommodations in the workplace. Can you choose which accommodations to implement? Will your business get in trouble if requested accommodations are not met? How do you know which ones are valid? Listen as Paul and Ally analyze the risks associated with this scenario and hash out how to handle it in a safe and legally compliant way.