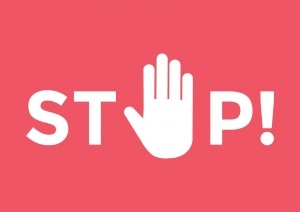 Why is there an injunction?

Business groups and 21 states had brought lawsuits against the Department of Labor, raising various objections to the new FLSA rules. Those cases were consolidated into a single case, now pending before Judge Mazzant. The judge has not issued a final ruling on any aspect of the case. However, the judge has viewed the case as having sufficient merit to call into question the validity of various aspects of the new rule. Therefore, the judge issued the preliminary injunction to stop the changes from going into effect until a final decision is made.

Essentially, the court is preserving the status quo until the case is decided, or until a new law or rule makes the case moot. Given the likelihood that the recent FLSA rules would have been overturned anyway, this injunction prevents employers from having to make the substantial changes needlessly.

The key to keep in mind here is that this is a preliminary action. At this time, no one knows what will happen to the new FLSA rules moving forward. The new salary level may still go into effect, simply with a delayed effective date. Alternatively, the rules could be revised, or any change to the existing rules could be completely halted.

Unfortunately, the timing of any final resolution is extremely unclear.

What does the injunction mean for an employee’s exempt or non-exempt status?

The only thing that this injunction has done is kept the current minimum salary level requirement for exempt status at $23,660, stalling the planned increase to $47,476.

If you determined that an employee did not meet the exempt standard based upon their job duties, it remains true. Employees must meet set standards as an executive, administrator, or professional to be exempt from overtime requirements. They must also be paid on a salary basis, unless they are a doctor or a lawyer.

What if you made changes to employee pay rates?

If you informed an employee that you would be changing their pay, but due to this new development you want to back off from that change, this needs to be communicated to the employee prior to the start of a workweek. Employees need to know what their pay rate is before they perform work during a workweek. In some states, you have longer required notice periods before you can change someone’s pay rate or salary level that is already in effect. An employer CANNOT retroactively lower an employee’s rate of pay when they have already performed work at the higher rate, in any state.

Remember that there may be morale and/or contractual issues with making any pay changes, so if you have concerns or need assistance, please contact us to discuss your options.

For those who are curious about the judge’s reasoning, you can read the decision in full here:

Ali is Chief Counsel and a co-owner at CEDR HR Solutions. A former litigator, Ali has been a practicing attorney for over 15 years in Arizona, specializing in employment law, management strategy, and litigation avoidance. She now leads CEDR's team of attorneys and HR experts in providing customized employment handbooks and critical employer guidance and support to over a thousand dental and medical offices nationwide. She has empowered thousands of doctors and managers to successfully navigate almost every kind of employment issue you can imagine.