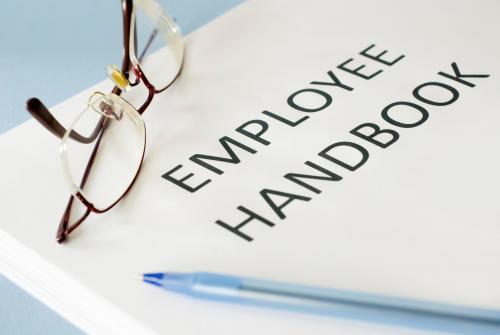 Not long ago, a retiring employee of the Massachusetts Turnpike Authority (MTA) sought 27 years of accrued but unused sick leave pay upon his departure. When his employer failed to pay what he thought was due under the terms of the Authority’s Employee Handbook he flattened them like road kill.

Facts
The plaintiff in LeMaitre v. MTA, 452 Mass. 753 (Dec. 2008), was simply trying to enforce the terms of an incentive program described in MTA’s Employee Handbook and more specifically detailed and updated in its personnel policy and procedures bulletins. The program was developed to encourage employees to stay on the job by rewarding those with unusually good attendance records. By forgoing sick-leave credits, employees could earn cash and other benefits upon retirement based upon a formula which offered them a percentage of accrued unused sick leave. The problem arose because the employer lowered the payout percentages over the years as it became more and more penurious. When the plaintiff retired in 2002 he was paid the less generous benefits in accordance with the incentive program formula then in effect.

That didn’t sit well with Mr. LeMaitre so he sued for breach of contract, an idea which has become in vogue. He claimed, of course, that the MTA’s Employee Handbook was a contract and that he was entitled to be paid according to the formula in effect at the time he accrued the sick leave, not the rate in effect upon his retirement. After 27 years, the amount in question was not insignificant. The trial court granted the plaintiff summary judgment, awarding him the full value of the program benefits applicable to each time period during which his sick days were accrued. The Appeals Court quickly agreed with the trial judge and affirmed, ruling that the MTA’s Employee Handbook was a contract for payment of accrued benefits. That Court also observed that if the MTA had not wanted the handbook to be construed as a contract, it should have stated clearly that the handbook was not intended to bind the MTA or to promise any specific benefit.

The Massachusetts Supreme Judicial Court (SJC) agreed, affirming the decision of the lower courts, and agreed with the Appeals Court that an unambiguous disclaimer that the handbook was not binding could have absolved the employer from liability, although cautioning that such a disclaimer was by no means dispositive since each case must be decided on its own facts.
The SJC’s decision is not surprising given an earlier Massachusetts case creating employer liability for failing to follow a progressive discipline policy. There, like in LeMaitre, the handbook did not contain a disclaimer that the handbook policies did not create a binding promise of the employer. And the PCC policy didn’t have the key language making the policy advisory rather than mandatory. In other words, it failed to reserve the employer’s right to terminated at will, without a prior warning.

Important Lessons to be learned from Lemaitre

Warren Shulman is a resident and regular blogger for CEDR.

Contents of this blog are for general H.R. guidance and informational purposes. Content does not constitute legal advice. If you feel you need more guidance, please contact an HR expert like CEDR or legal council in your area.

SPEAK WITH US NOW

Real Answers to Your Questions

Download The Managers Playbook: Your Company Culture as a Management Tool!

Free guidance and exercises to help you build your culture and use it to make managing easier!

Overtime and Bonuses: What You NEED to Know to Pay Properly